The European Information Technologies Certification Institute has been established in 2008 as an international not-for-profit organization in a legal form of an ASBL (Association Sans But Lucratif, ie. Association Without Profit Purpose) with a registered seat in Brussels (Belgium, EU), but with internationally distributed operations in development and dissemination of the European IT Certification (EITC) standard. Shortly afterwards EITCI Institute launched European IT Certification Academy (EITCA), as a digital competencies standard of attesting specialization in a given field of IT by grouping relevant EITC Certifications.

EITCI Institute has been established in a form of ASBL in accordance with the provisions of the Title III of Belgian Law, granting legal personality to non-profit associations and establishments of public utility. The Institute has its registered headquarters office in Belgium, at Avenue des Saisons 100-102, 1050 Brussels, while day-to-day operations are internationally distributed between the members of the Institute, its staff and the cooperating partiers, mainly including industrial and academic IT experts contributing to EITC/EITCA curriculums development.

EITCI Institute is dedicated to accelerate growth of information society and counteracting digital exclusion in societies by undertaking development of Europe based but internationally disseminated IT certification programmes, methodologies and standards, increasing general accessibility of IT certification services to individuals and institutions worldwide. Many Information Technologies academic and industrial representatives in the European countries and abroad take membership in the Institute, to support pursuing its purpose and mission. 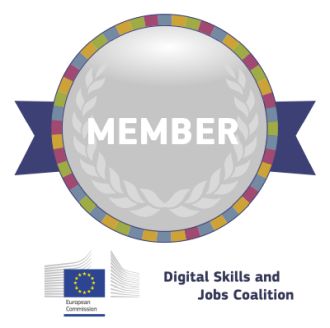